UPDATE ON FCR RECORDING AT PIC AND HERMITAGE 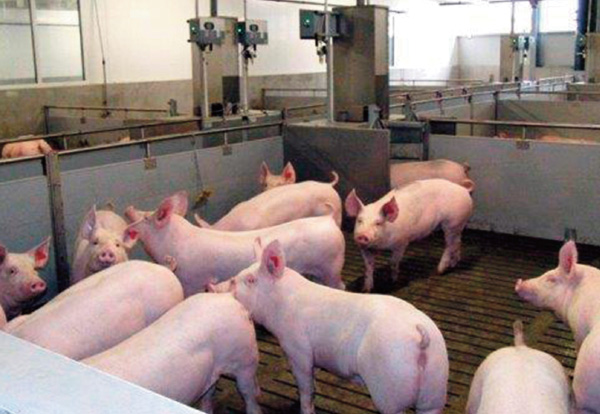 Feed is the major cost associated with the growing pig. Efficient feed utilisation is vital while maximising nutritional value and price is very important. Both PIC and Hermitage have been testing and selecting for FCR for the past 30 years; and Hermitage now have the capacity to individually measure FCR on approximately 5000 pigs per year between its 2 nucleus units, Freneystown and Muckalee, located in Kilkenny, Ireland.
Pigs are individually tested from 58kg bodyweight to 110kg bodyweight. Each pig has a uniquely coded ear transponder which is inserted in the pig at the start of the test period. Pigs are typically stocked at 15 pigs per pen and fed a pelleted commercial finisher diet ad lib; each time the pig visits the feeder, feed intake is recoded. Pigs are weighted at the start of the test period and at the end of the test period and in combination with the feed intake data, the FCR is calculated.
FCR has a heritability of 30%, meaning that 30% is controlled by the genes inherited from the parents and 70% by all the non-genetic/environmental factors (room temperature, nutrition, feeding system, management, health). BLUP (Best Linear Unbiased Prediction) is used to separate the various components of the phenotype and is the most accurate method to estimate an animal’s genetic merit. This genetic merit is called the Estimated Breeding Value (EBV) and it describes how much genetic superiority or inferiority is expected to be passed on to the progeny of an animal.The EBV for FCR is then used to construct the Maternal orTerminal index along with the other weighting of economic importance.

The economic importance of improving FCR

The table below outlines the number of pigs tested (from 60 to 110kg bodyweight) in Hermitage nucleus farms in the last 12 months.The genetic potential using Hermitage Genetics for pigs from 40 – 110kg, is less than 2.4:1 FCR. 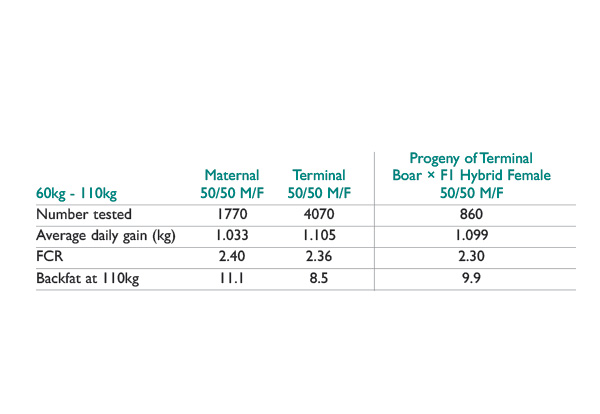