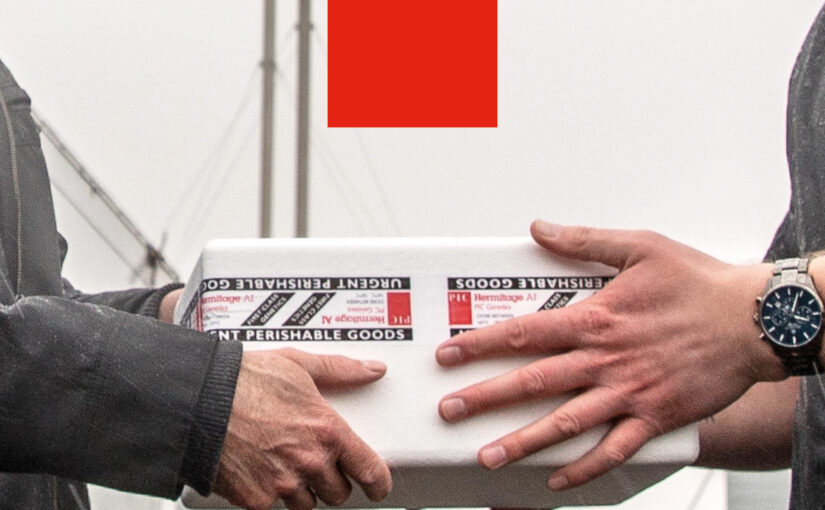 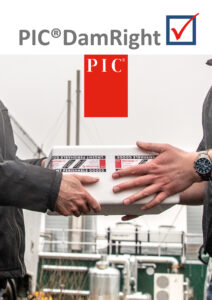 For producers who value and utilise a Rotational Cross system, PIC has developed a smart product to put them fully in control of their genetic direction for all traits. “PIC®DamRight will increase genetic gain and deliver more money from the herd”, said Dr Craig Lewis, Genetic Services Manager, PIC Europe.

He added that many producers operate Rotational Cross breeding programmes as these programmes potentially:

“The only negatives are the reduction in heterosis that comes with any rotational system and also that these systems typically fail to fully capture all genetic progress and value versus a herd either operating an internal GGP/GP programme or purchasing parent gilts” Dr Lewis explained.  “PIC®DamRight is designed to address the second constraint and significantly improve genetic dissemination and capture more genetic potential on your farm.

The programme utilises the combined power of the world’s largest genetic management programme with an unrivalled palette of the highest index pure Dam Lines to deliver a tailored breeding programme which maximises its financial potential”.

When reviewing a customer’s individual rotational cross programme DamRight looks at how best to utilise the five PIC Damlines (both the British/Irish traditional and Danish derived Landraces and Large Whites, and the PIC maternal White Duroc) to maximise production from the overall breeding and finishing herd within your specific circumstance. PIC’s genetic data management system, PICTraq®, then manages GP mating selections by utilising performance data, pedigrees and relationships from millions of matings around the world to select the most suitable females based on all available data.

Once the targeted GP females are selected, they are then mated with damline semen at a genetic merit which normally would only be reserved for nucleus matings within PICs internal programme.

“PIC is able to offer this to DamRight customers due to the significant expansion of all line population sizes it has undergone over the past five years”, Steve Furniss, UK and Ireland Commercial Director, added.

“This high index semen thus delivers physical and financial performance which would not normally be commercially available.

Overall, the higher index delivered and greater accuracy in terms of the females you select, result in the best outcome for your bottom line.” 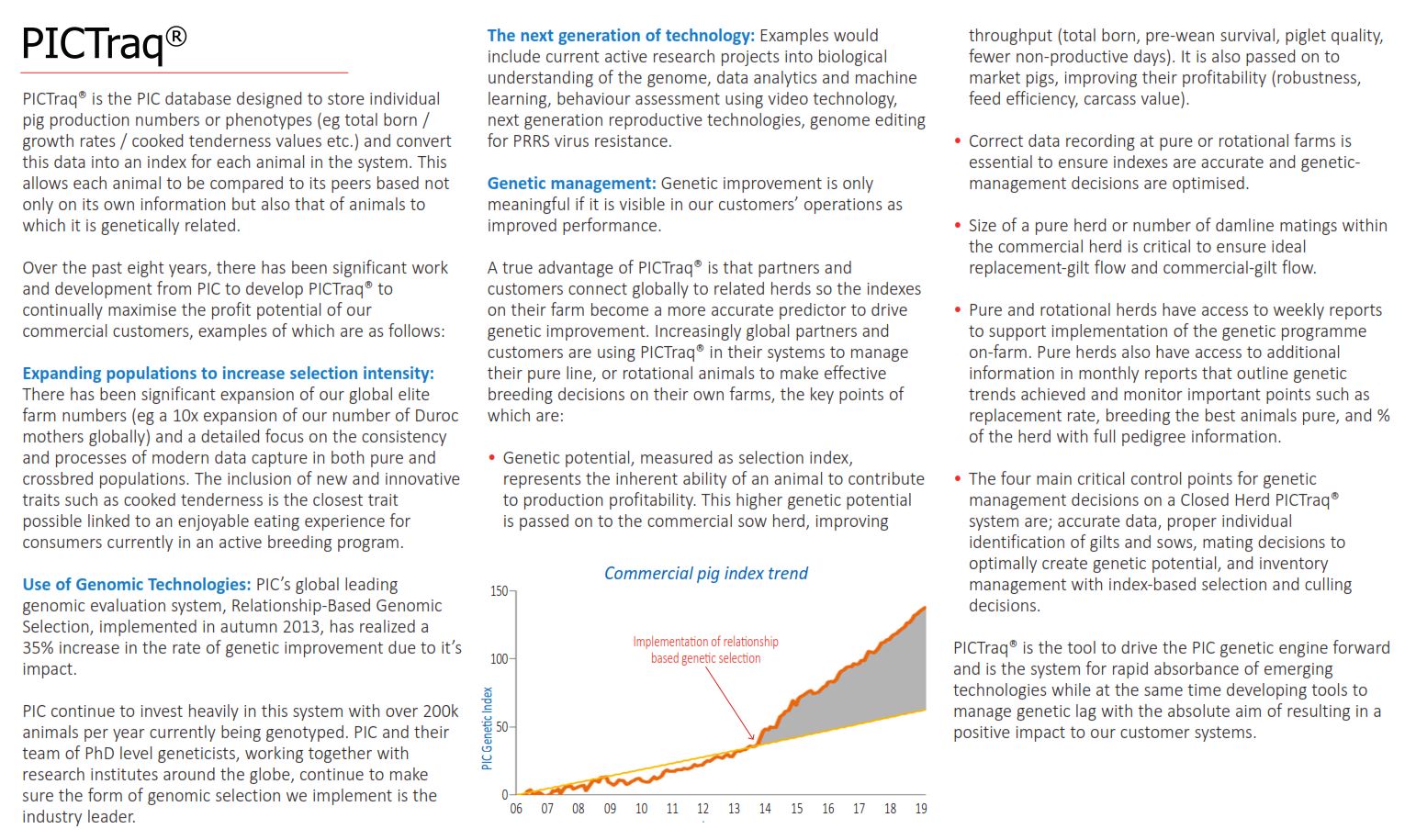 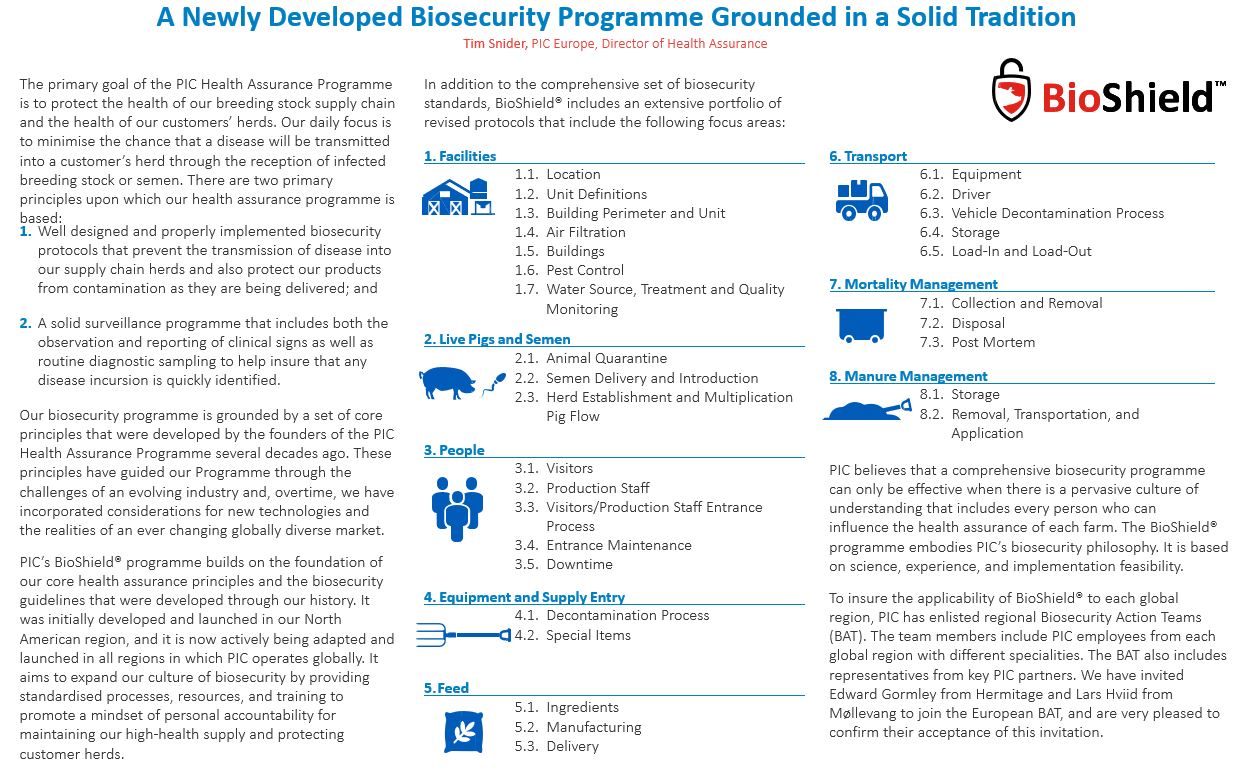 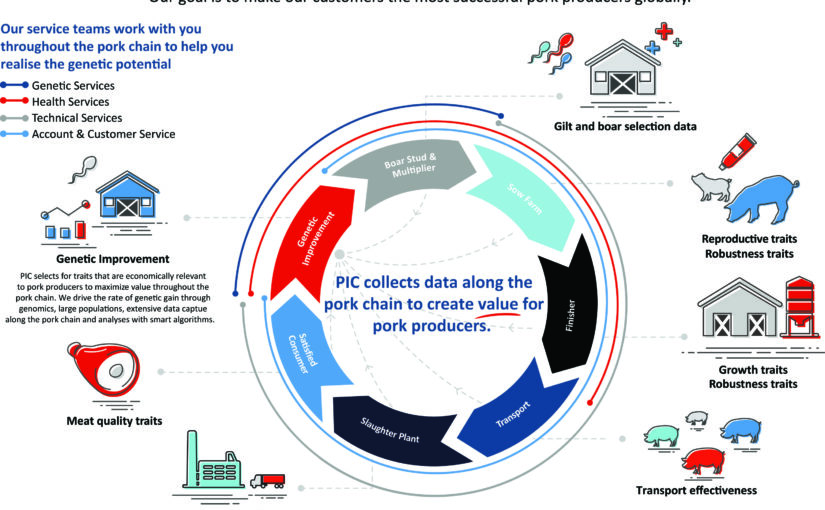 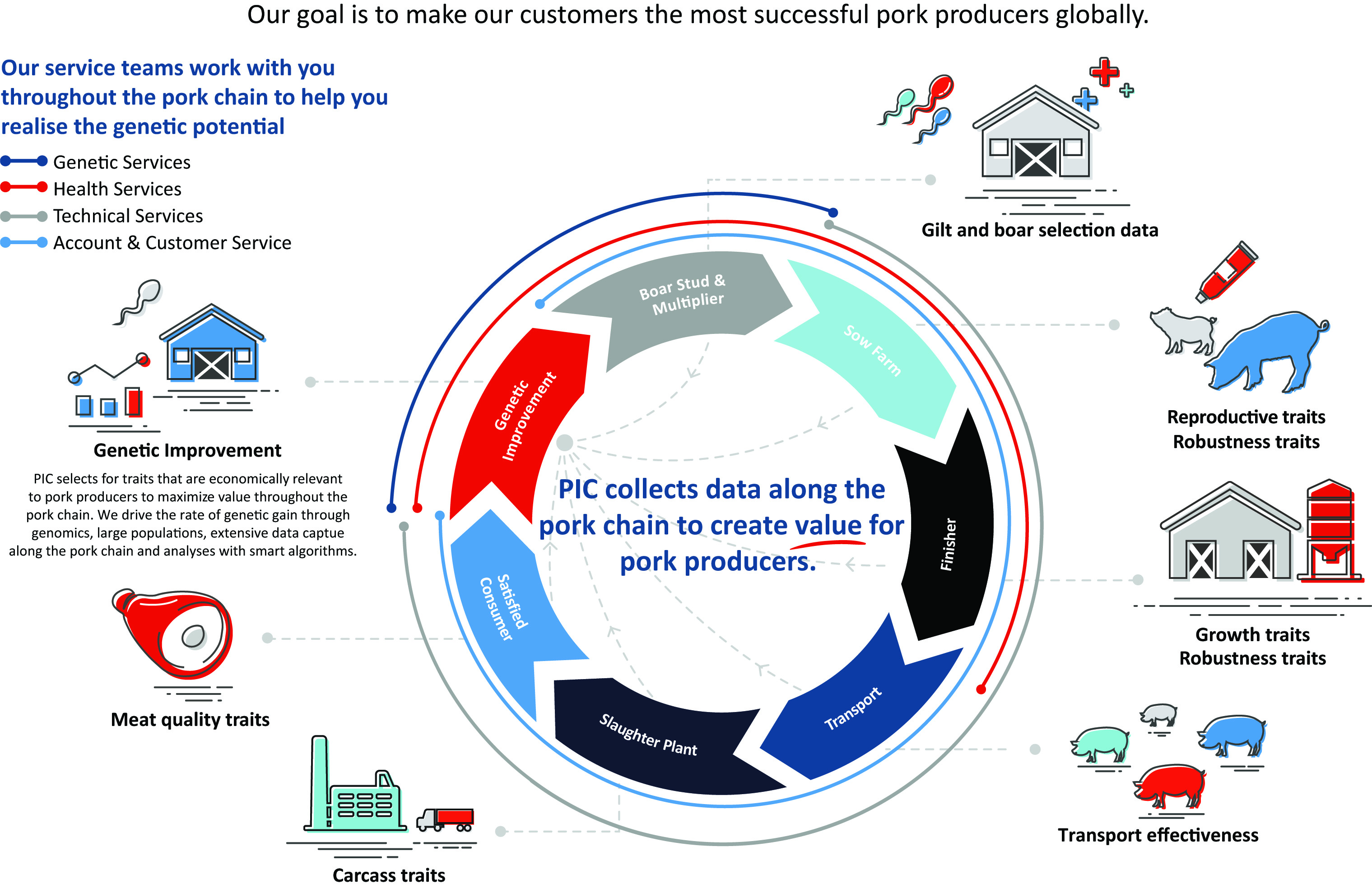 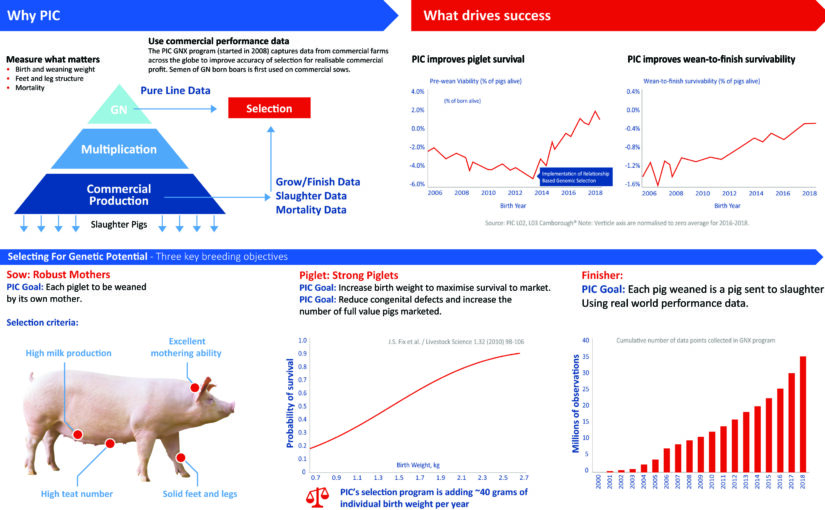 Robustness – A Key Component to Maximise Value in the Pork Chain 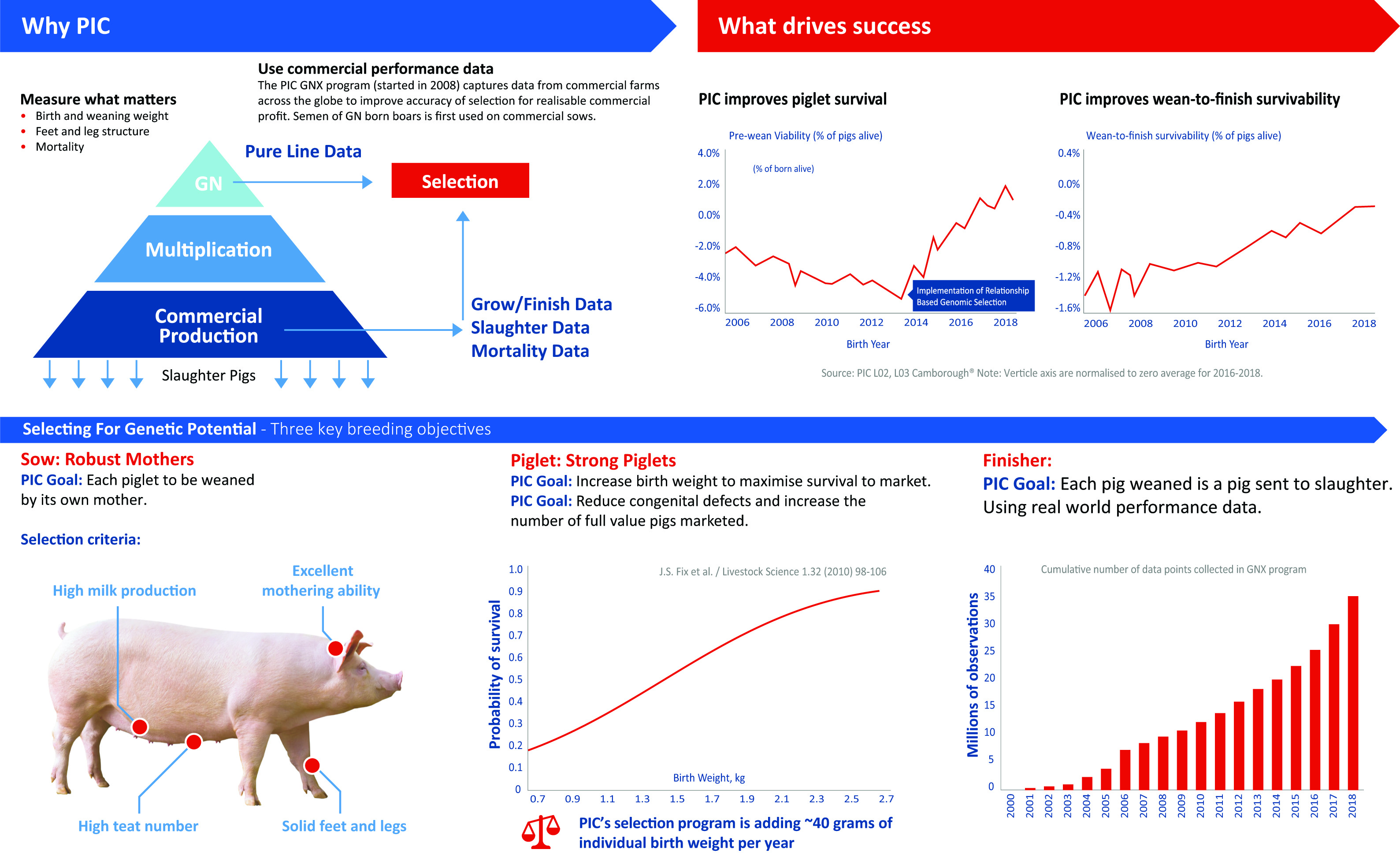 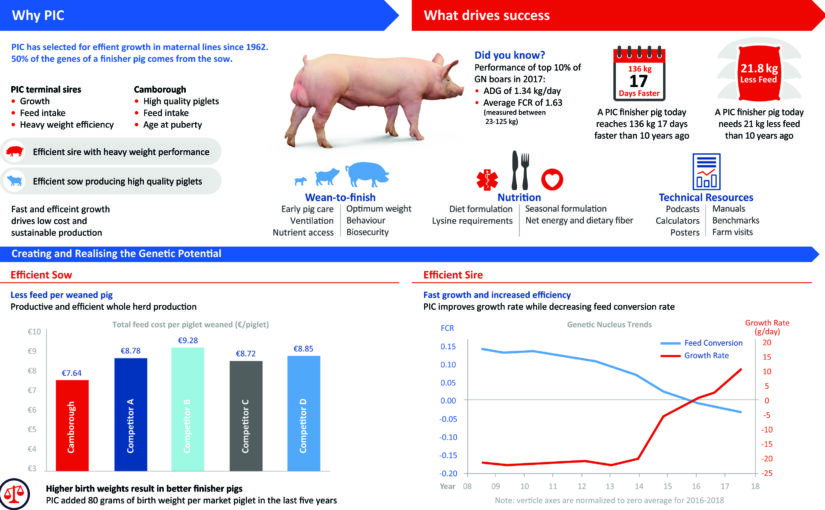 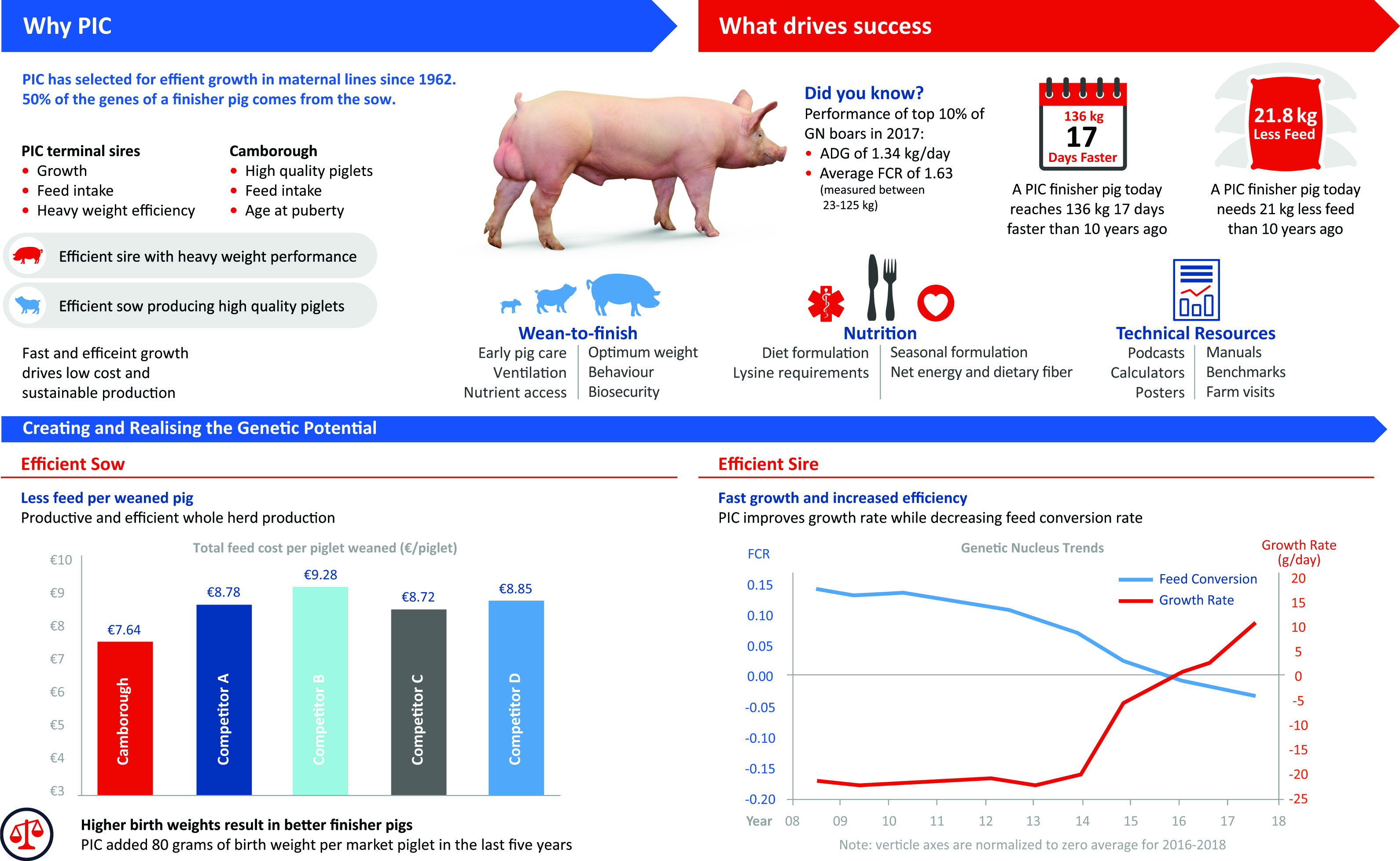 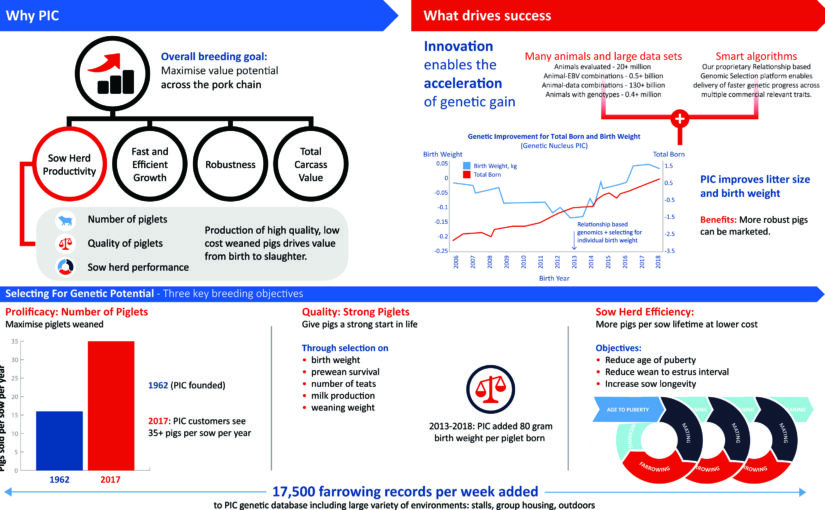 Sow Herd Productivity – It starts with the Best Genetic Foundation 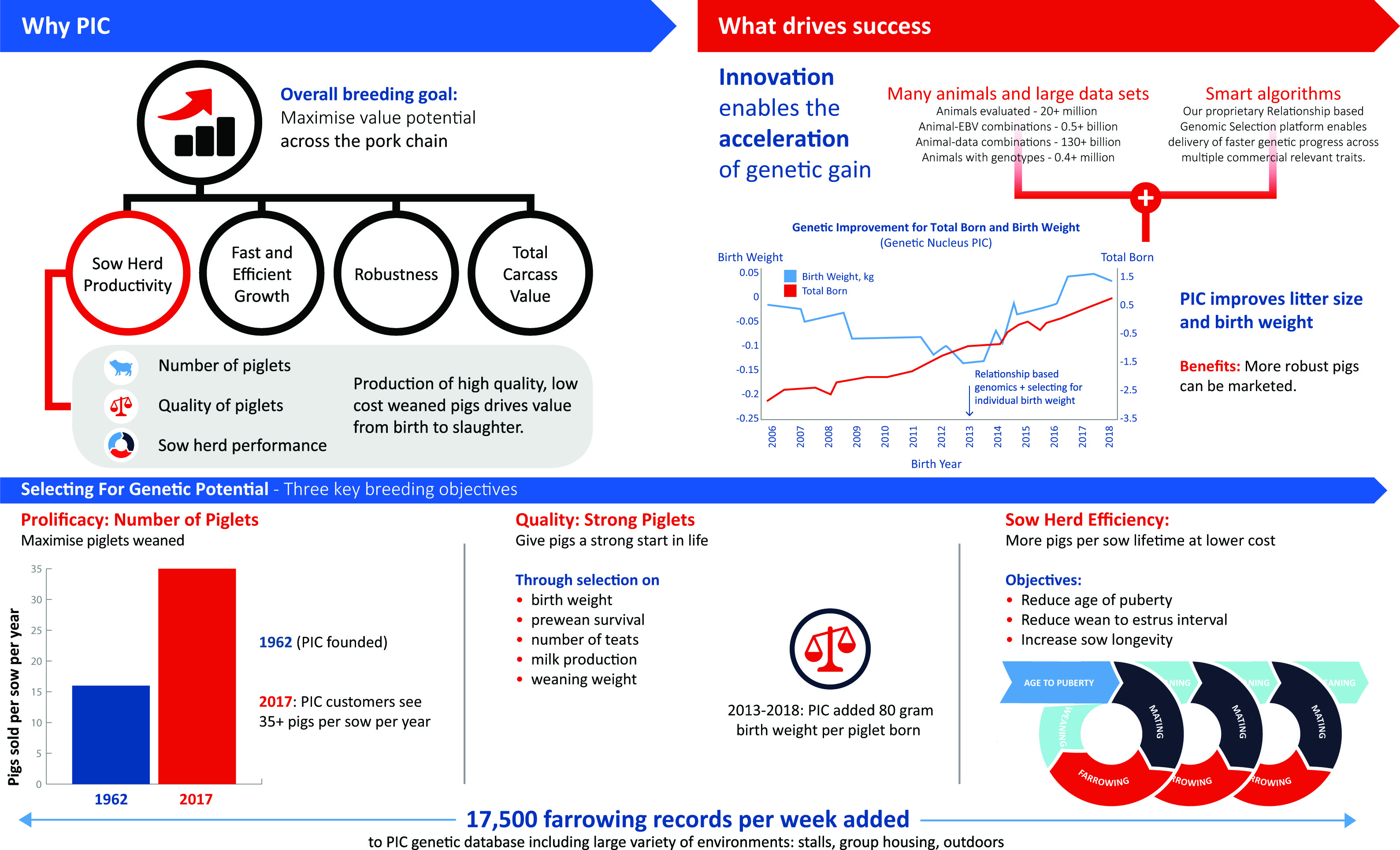 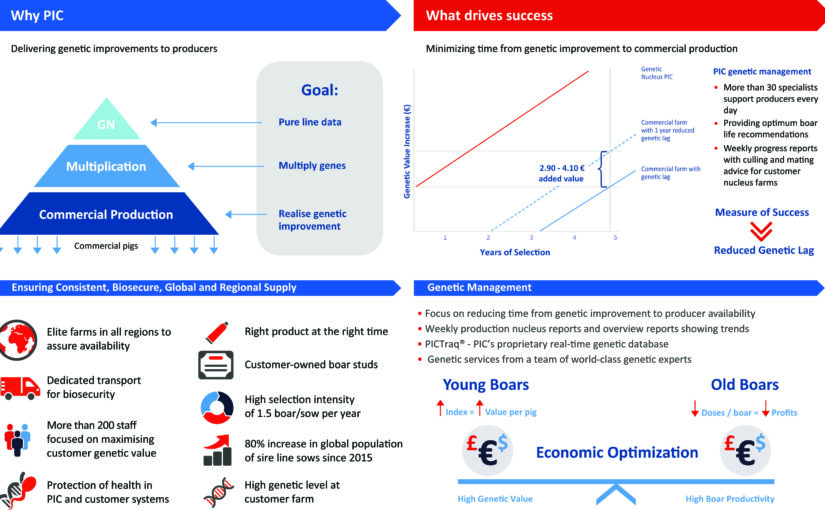 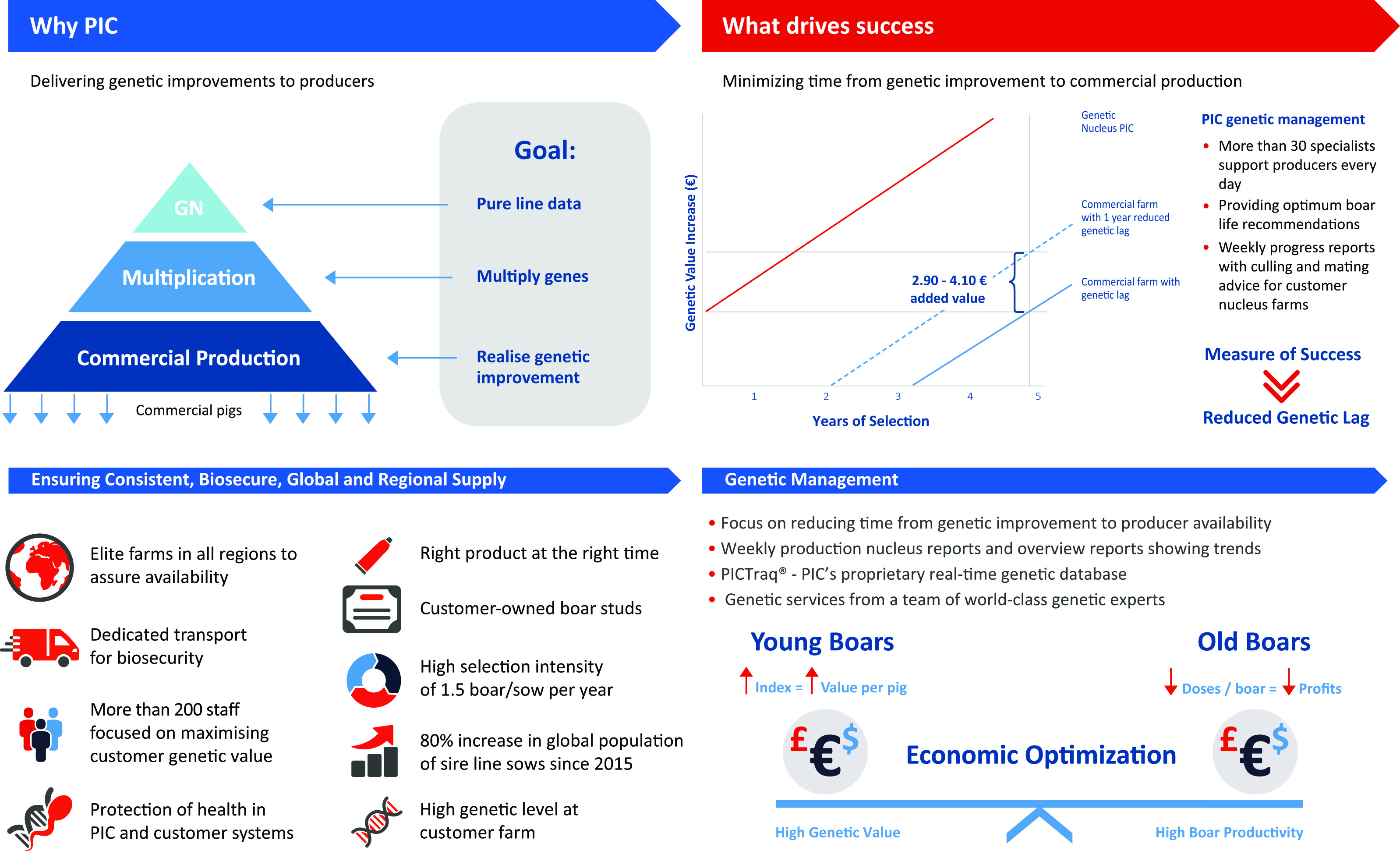 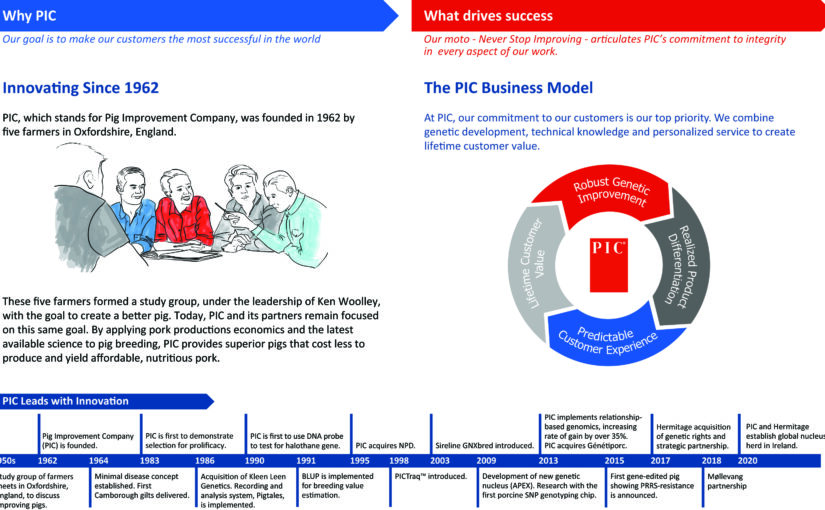 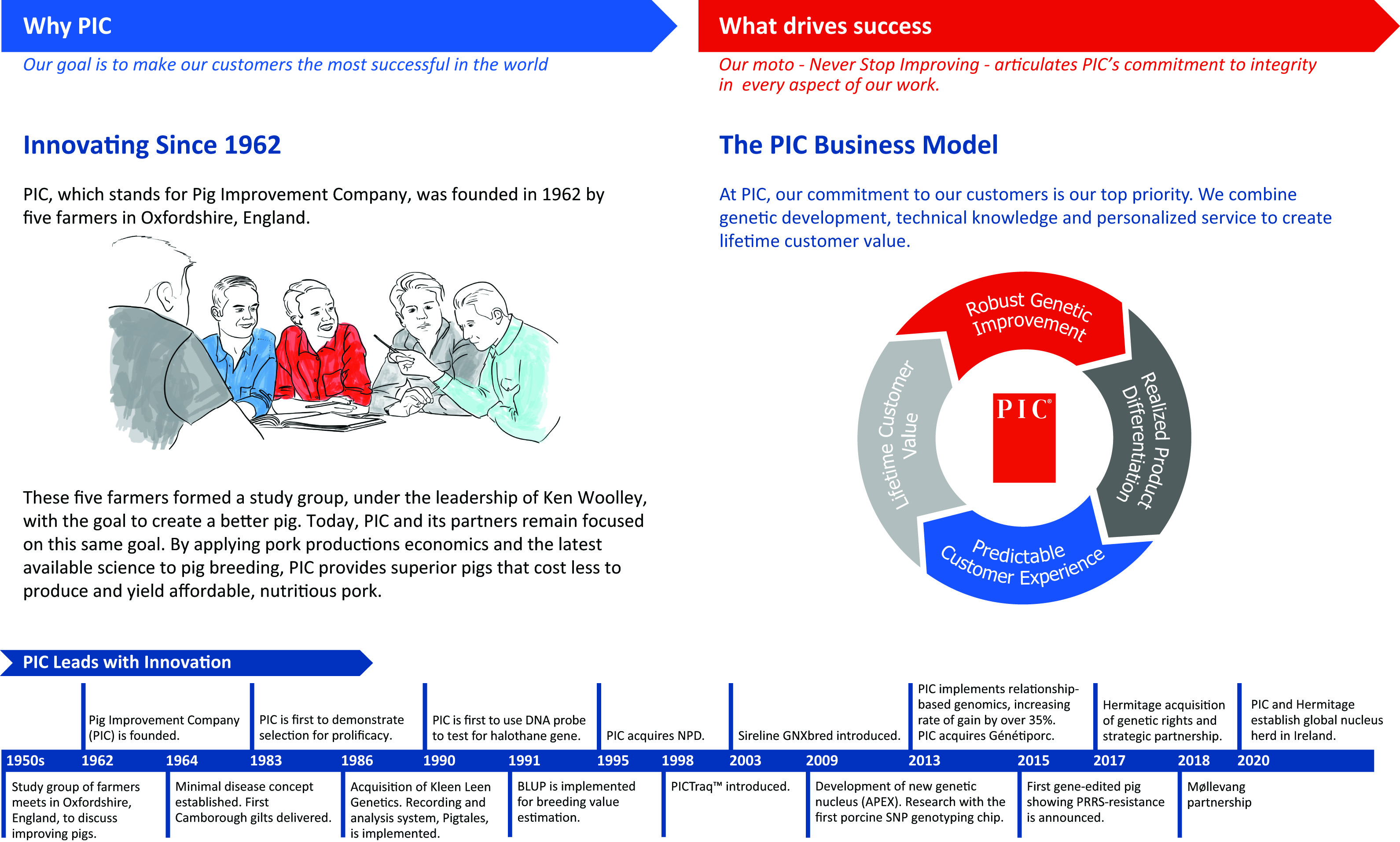 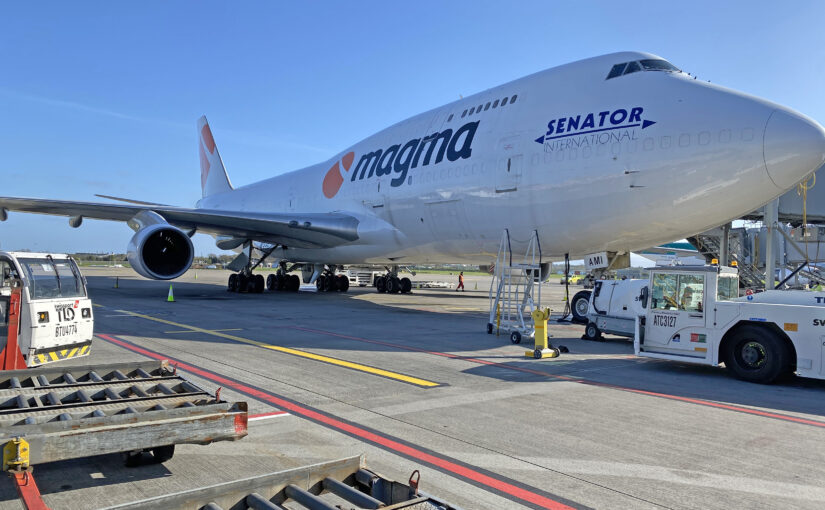 In a new development for the Hermitage business, PIC, global leader in swine genetics, and Hermitage, a genetic production and distribution partner of PIC, have agreed to establish a PIC Global Elite Herd in Ireland.

The traditional pig breeding pyramid model provides an easy-to-understand pig flow and concentrates genetic improvement investments in a few places.
PIC, in 2015, moved from a traditional genetic nucleus system to a group of elite farms that drive genetic improvement together by being directly linked with each other through semen shipments. This link creates a larger elite population that allows PIC to increase selection intensity and accelerate genetic gain. It enables more direct shipments from elite farms to PIC customer farms and studs, reducing genetic delay (“genetic lag”) for customers. 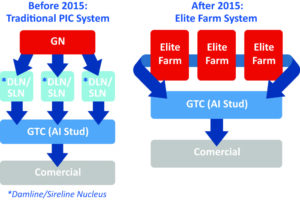 Following an extensive review by PIC, Hermitage Farms Ltd has been selected to be a replicate of their leading global elite herd, similar to PIC’s Apex in the USA. Hermitage Farms’ Freneystown unit will become an elite farm in the PIC network that will disseminate genetic improvement to the worldwide pig industry.
Freneystown is a farm located in Kilkenny with 1,200 sows. This farm has been a core part of PIC’s and Hermitage’s European supply chain network since PIC and Hermitage started their strategic partnership in 2017. The PIC management team value Hermitage’s dedication in genetic production, the quality of the farm operations and farm staff, and Ireland for the country health status, facilities, export certification and co-operation.

As part of this process, PIC and Hermitage will restock the Freneystown herd with 1,200 Elite Pure Line gilts. In April 2020, 1,000 gilts and boars travelled by charter flight on board a Boeing 747 from the USA, landing safely at Dublin Airport. 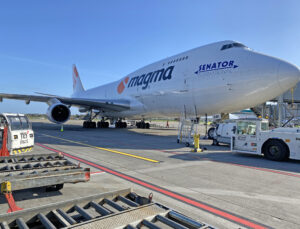 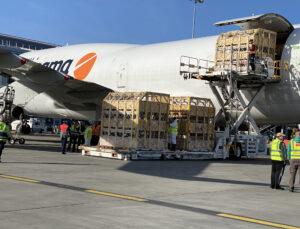 This PIC importation has been planned for over one year; the imported breeding gilts and boars all came from PIC’s Apex elite herd in North America, which is among the elite herds with the highest genetic merit and highest health status in PIC’s Global pyramid.

The significant investment will also involve upgrades in biosecurity and testing equipment. The supply of high health breeding stock from the Freneystown Unit, as a result of this investment, is planned to commence in April 2021.

In its new role as a PIC Global Elite GGP herd, Hermitage Farms will produce PIC elite boars and gilts of the highest genetic merit both for it’s Irish customers and to be shipped globally to stock regional multipliers and boar studs with the goal of reducing genetic lag.